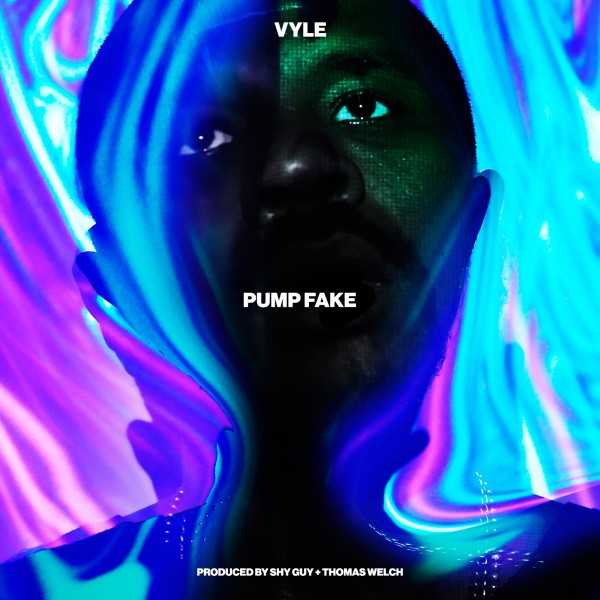 A reference to Michael Jordan’s famous technique and also a synonym for indecision, this collaboration with producers Shy Guy and Thomas Welch, entitled “Pump Fake”, is vyle’s take on “what a rapper is” vs. “what a rapper is expected to be”, enveloped in postmodern slang and rap-centric jewels.

“Pump Fake” is the first single from vyle’s upcoming experiential album, “A Ü T O/M Ö T O R”. Both words from the title refer to a car. In Chicago, the slang for car is vessel. Our bodies are a vessel, and in turn, the album is an absolute body of work. The title also refers to a conversation that vyle had with J2k of Flosstradamus, where he referred to vyle’s music as “automotive” rap, because of the mechanical overtones that are peppered within vyle’s songwriting.

Each song on A Ü T O/M Ö T O R is accompanied by a public art installation accessible on the Internet. The album is being released via multimedia publishing platform, NewHive. The songs from the album include cover art by Nick Martin and Timothy Saccenti, installations curated by Jordan Harper White, immersive environments designed by Mary Scahill, and feature a host of visual, vocal, and production collaborators including Chapman, Neuport, Cities Aviv, and Jeanette Hayes, amongst others. “Pump Fake” is available everywhere 11/11/2015 via NewHive.