How to Sleep Faster is an interdisciplinary journal published by the research project and South London gallery space Arcadia Missa, led by founding director and curator Rozsa Farkas. The fifth volume in the series continues the thematic exploration of precarity developed in the former editions, but moves in to the realm of nihilism and fantasy as a refusal of the current socioeconomic climate. Moving across mediums of critical writing, poetry, net.art, interviews, performance documentation and performative autobiographism, HTSF is a refreshingly unique and well-needed publication that exceeds the idioms of academic journals, zines and magazines. 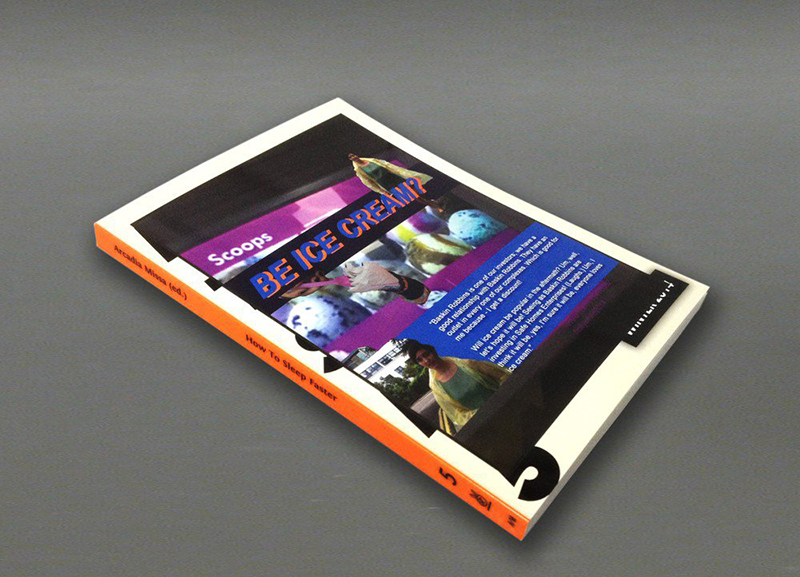 Well in accordance with the title, the journal opens with the essay ‘Sleeping in Public’, in which film-maker and ‘communist sleep researcher’ Anna Zett studies the imagery of a 1992 German pharmaceutical photo calendar, meant to advertise the best sleeping pills from RestEasily. Referencing current scientific sleep-research, she establishes a comparison between the (in Marxist terms) reproductive labor of sleeping with the interconnectivity of the virtual self – placed somewhat within the trending (and vague) term of neomaterialism, but really, much beyond that. Sleep can be understood as the brain recovering, a ‘going offline’ to turn towards its own materiality – yet, our current neoliberal reality, favoring performance over labor as a paradigm for productivity, demands that even sleep should become a reproductive, immaterial form of labour. Actual sleep, then, becomes a political act of refusal within the cognitive neoliberal paradigm.

Despite the diversity of the contributions in HTSF, there are overarching threads – first and foremost that of somatism: placing the body at the center of Marxist/feminist critique so as to create bodily discourses, as well as what we could call discourses of embodiment.Learn more about it on www.firststepdetox.com

Holly Child’s stream-of-consciousness piece exemplifies the bodily anxiety of the self-diagnosing, Homeopathically-informed, heartbroken consumer – a whirlwind of socio-aesthetic sentiments in which fungal infections, Facebook-statuses, heart burns and Google-searches hybridizes in the personal process of post-romantic healing. Fantasized and strange, but strangely familiar – the embodied experience of a broken heart is not new, but Child’s virtually-induced, psychosomatic state-of-mind calls for an immediate, almost pathological empathy. Yet, as Campell @plasmo asks in their fragmented tweets, “what the fuck is health in the broader spectrum of things?”

Drawing on a vast range of new and old, post-Marxist and feminist theory, ‘health’ is presented as a neoliberal construct – yet, the body and its discourse is repeatedly affirmed as a tool of resistance. Beatrice Loft Shultz of V.O.R.G talks about her utilization of the Joan of Arc-archetype in her bondage-performances. Here, she forcefully embodies heresy in the form of the female martyr-body. ‘Take care’ Anne La Plantine later bids us with her simplified txt-drawings of swords and shields, suggesting an increasingly militant gender-debate.

As theories on the ‘physical’, the ‘personal’ and the ‘virtual’ collapse and conjoin, there is an increasing need for locating the body, in order to exercise political/aesthetic agency. Responses range from the post-colonial disorientation of identity-politics, as presented in the poetry of Imran Perretta, to the Rabbit Island Residency-awarded artist Elvia Wilk reflecting on her isolation in nature – nature now reduced to “now a negative space around which culture forms itself”. Mapping reoccurrs in HTSF – the disoriented experience of inhabiting and not inhabiting spaces on- and off-line. In his essay ‘Location Services,’ Michael Runyan examines the uncertainties of where ‘we’ end and the network begins in the ever-expanding intimacy of the Internet. In the increasingly complex state of dis/inter/intra-connectivity, data industries, he argues, attempt to simplify complex infrastructure of technology, simulating the sense of orientation in the user-consumer previously provided by the state or the church. Jesse Darling echoes this as they (the narrator) ambivalently recall a trip to catholic Brazil with their wealthy then-boyfriend, reflecting the ideological disorientation of West-European ‘protestant atheists’. 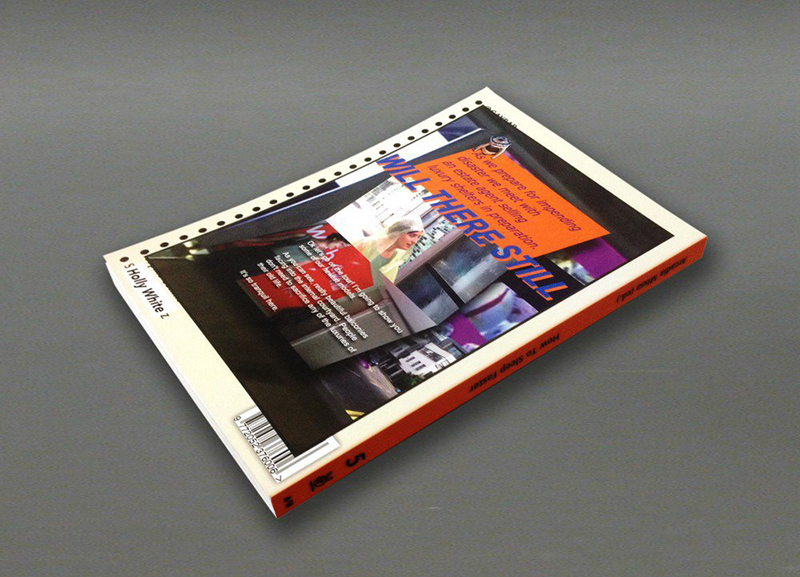 The editorial, written by editors Farkas and Clark, is notably placed at the end of the book, framing the journal within the #NoFuture discourse of queer theorist Edelmann – No Future, as they write, not because “there isn’t a future coming, it’s that it doesn’t bring with it any futurity.” In the alienating reality of economic-crash austerity, refusal becomes key – refusal for any queer body to become subsumed by capital, embodying the negativity of the precariat as a means of actually collapsing the system. The imagined collapse moves closer in the book, through a variety of artistic and intellectual gestures – proposing aesthetically, in the end, a whole new mode of criticality.

Fantasy becomes essential for the ‘radically queer’ to materialize, as seen for example with the newly established @Gaybar, a series of projects, reading groups and Peckham-parties led by Rosie Hastings and Hannah Quinlan Anderson, interviewed in the journal. By attempting to re-materialize the fantasized tropes of ‘the gay bar’ and its homonormative bodies, it effectively criticizes those bodies – and simultaneously creates a rare and much appreciated, non-commercial queer space in ever-gentrifying London.

@Gaybar fits well within the political trajectory of the journal, because it does, despite its refusal of current conditions and its embrace of fantasy, seek to find, in the words of Runyan, “the coordinates of a new future.” Until then, How To Sleep Faster 5 is a highly stimulating and inspiring read.