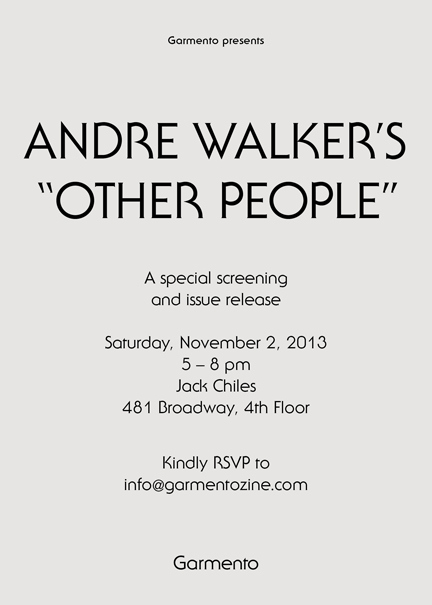 If you’ve never experienced a single design by Andre Walker you should know that Andre Walker is an outrage. His unorthodox designs made him a perpetually emerging fashion designer until he left his namesake to become a creative director and consultant for Marc Jacobs, Louis Vuitton, and Kim Jones. His list of credits date back to the ‘80s; staging his first runway show in the Oasis, a Brooklyn club, at age 15. Walker had brief stints at Williwear and Patrick Kelly but ultimately acquired his cult status with his own label. Walker is a charmboat, a legend, a fashion shaman… he’s an emergency.

He will be the focus of a much-deserved reappraisal in Garmento’s special event dedicated to the artist’s F/W 1999-2000 runway show, “Other People.” The event will consist of rare footage offering an intimate look into the visionary creativity that unmistakably characterizes Walker and his career. As the fashion industry faces an era of sweeping change, the idea to revisit the phenomenon that is Andre Walker is now more timely than ever.