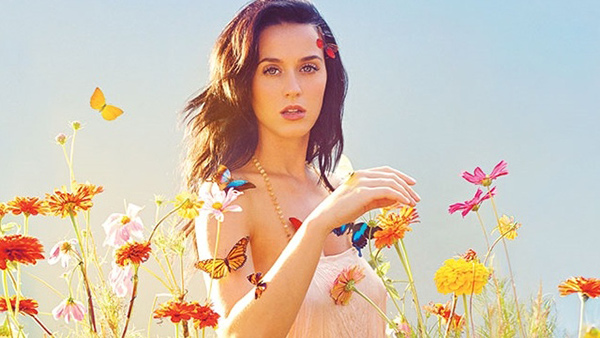 When asked at the VMAs what she thought about the trending twerking phenomenon, Katy Perry quickly responded, “I don’t twerk, I only waltz.” Entering the red carpet just minutes behind Miley, the aggressive resistance to a popular trend not popularized by Perry herself gives credo to her ability to leg-up her contemporaries. With listicle after listicle comparing pop female vocalists to one another (who will come out on top? Are you a little monster or a katy kat?), Perry’s managed to remain a pop star floating through normalized & gendered “reinventions.” She managed to create a first with her last album, “Teenage Dream,” doing, as noted in her feature-length tour documentary “Part of Me,” something not even the Beatles did by grabbing five Billboard number one hits off the same release. Her seemingly effortless ability to adapt to separate presentations of the female pop star by her refraction of others’ rocketed her (as is the trend) to star status; for Perry, this was faster and will be graced with longevity so long as her producers can hide the cyclical wheel of pop music production. 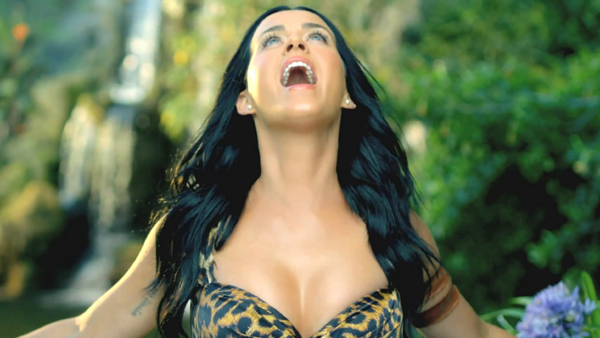 “Roar” exploded onto the internet and radio just before Lady Gaga was set to release her “comeback” after a hiatus, a move which The Big Monster reacted to by leaking her own song. Whereas Gaga has done countless interviews regarding her new album, Perry remained relatively quiet, choosing instead to bedeck a tour bus in gold with the name of her new album “Prism” and release date. One night, as the ways to perceive the new album bloated the pre-release for “Artpop,” a drunk driver crashed into Perry’s bus: an unnoticed obstruction until the crunching of metal revealed the immovable object. The semi — a gold beacon only lit by the headlights of cars in the proximity — merely sat overlooking an LA street. Perry’s rejection of letting anyone into her self, a decentralized brand and refraction of influences, relies less on (at least public) objectives or dialectic discourse, but rather she provides refractive devices (spray painted reminders on NYC sidewalks indicating a Katy Perry street team, busses) with which an audience can form opinions and her brand can evolve from. Not unlike other major stars using conservative culture jamming tactics, the difference with Perry is the vast differentiation and mobility between those devices in their ability to resist assimilation into #trending, fleeting statuses. 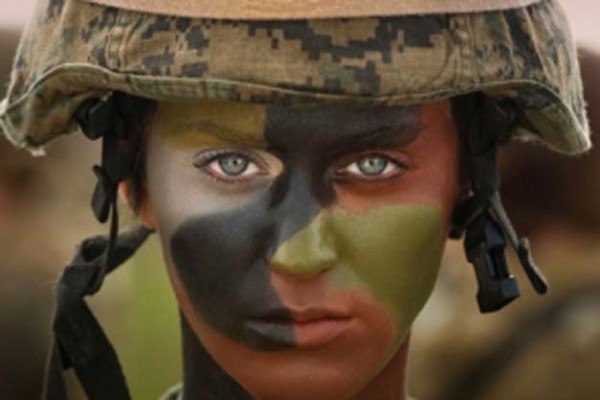 Katy Perry as a Marine in “Part of Me”

In her last album, Perry was at once a pin-up girl, a marine, a crone, a millennial teen, and an alien. Her brand could be represented by the every-woman, the every-other, as represented by her otherworldly body in the E.T. music video. She gave little ground for criticism, for a rejection of a present Perry for a past one. Her skin itself ungraspable, constant flux directed her every move, so much that her constant reinvention went unremarked, and when it was, it was discussed less as her trying to overreach or find a new audience or relevance — as with Madonna or B. Spears — but, on the contrary, as Perry’s given state. Always ahead of the game by resisting only those aspects, reflected in mainstream success stemming from seeming novelty. Her ability to easily assume a posture and defer readily available opinions of both her music and herself (I don’t twerk) becomes a self-reflexive acknowledgement of her character, at once breaking and upholding the fourth wall of her celebrity. In her hour and a half long 2012 feature documentary, “Part of Me,” the audience gets a closer look into the world of Katy Perry. However, throughout the film she consistently evades any deeper look that the movie’s format would suggest, riding that tension of celebrity. Compared with the recent One Direction documentary “1D3D: This is Us,” only Harry Styles manages the same evasion: so powerful is his charisma that he can’t avoid a posture or an already assumed gaze. This unwavering resistance to the already acknowledged voyeur prevents an assumed and consumed character and gives their novelty its longevity. As her celebrity grows, so too does the machine of production pushing her material and brand faster and farther out. Her gold “Prism” bus shone brightest at the moment it was crashed into.

The Past Perfect Prism 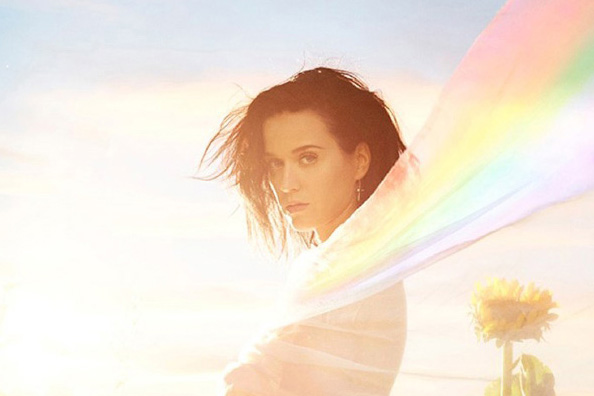 Representative of a larger effort in pop cultural production, this machine’s begun to overstep its limits and draw the lines of Perry’s ultimate failure. Perry’s team managed to create hit after hit from her previous album using cliche pop standards to her advantage, but in her new effort, the new standard reflects the incredibly fast-paced machine of cultural production for a mass audience in a move toward recalling the past perfect. One song’s titled “Double Rainbow,” recalling the meme with no self-referentiality within the lyrics. Another starts: “Is Mercury in retrograde,” a search phrase so popular that ismercuryinretrograde.com was created. At what point does such a move create a backlash for the mainstream machine? The album presents a barometer of recognition of cultural appropriation as a given (especially with the “Roar”/”Brave” controversy). There’s a danger in not recognizing these devices. In giving into the minor resistance of Perry, of falling for the immediately graspable, the digestible, we forget the big data used to track the amount of interest in such a move and its ability to reflect sales. The refractive Perry turned reflective here, her Prism turned onto itself, the past perfect falls apart and the mainstream cycle broken (if only for a forgettable moment). Not even she recognizes the title of her own album, after all, for not once does Perry lift the veil and acknowledge that her album’s named after an exposed government surveillance program, a past perfect almost already forgotten and soon to be buried with a Google search algorithm optimized to sell a record. How many people have searched for “Prism album,” already?

James La Marre obsesses. He lives and does work in NYC.