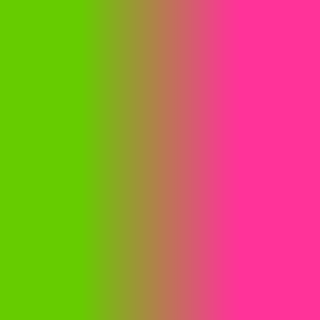 As a society wife in the early ‘60s, pink and green were simply the colors of Lilly Pulitzer’s universe, Florida, where the golf courses were as green as money and the hydrangeas as pink as nail polish.

Today, though, the color combination found in Princess Parrots and Disney wedding bouquets also carries a specific cultural meaning, largely thanks to Lilly. “The wearing of the pink and the green is the surest and quickest way to group identification within the Prep set,” Lisa Birnbach wrote in her 1980 satire of WASP culture, The Official Preppy Handbook, as “no one else in his right mind would sport such a chromatically improbable juxtaposition.” 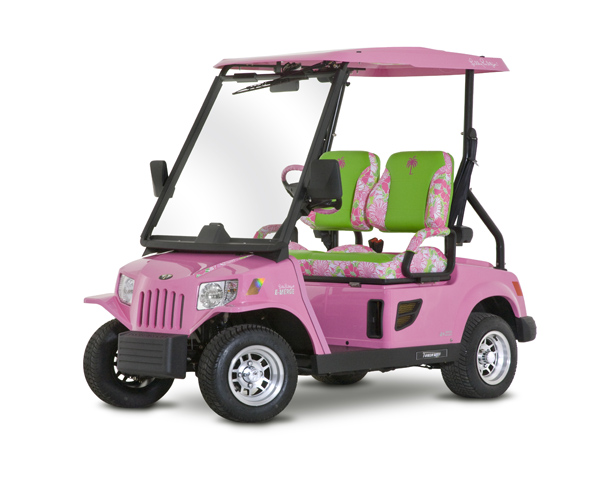 The ability to clothe conservative women in lurid and garish ensembles was a particular skill of Lilly Pulitzer, the Palm Beach sundress mogul who died on Sunday at 81. In my hometown of Charleston, South Carolina, the most visually stimulating sights at the mall were always the Hot Topic goths or the Lilly Pulitzer ladies, each of whom had a penchant for excess and a sharp attention to detail. The true Lilly lover didn’t just buy one dress, she had 20, as well as children’s outfits, a copy of Essentially Lilly: A Guide to Colorful Entertaining, and party invitations, coffee mugs and a vehicle inspired by the brand. Perhaps she even named her cocker spaniel “Lilly” and dressed it only in Lilly-esque sweaters, as did one woman in Florida. 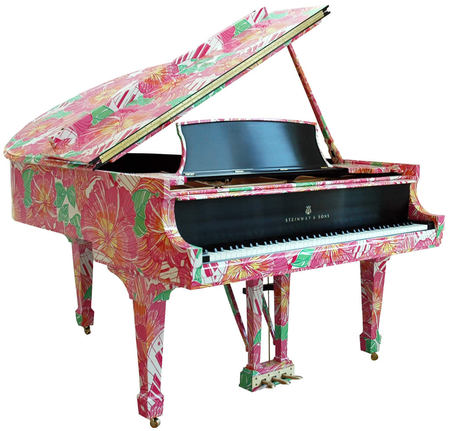 An obsession with matching is probably one thing that makes gaudy-prep a particularly immersive visual subculture. The other thing is the genteel society the aesthetic represents, epitomized by Pulitzer’s own life. Born wealthy — her mom was an heiress to the Standard Oil fortune and Pulitzer married a grandson of the Pulitzer newspaper family — Lilly created her line after falling into a Feminine Mystique-era depression and resolving to find a hobby. Her tropical prints, originally designed to mask orange juice stains, soon took off among fellow Florida socialites. The rest of the nation caught on when her old classmate Jackie Kennedy appeared in Life magazine wearing one. “I never really thought of it as a business,” Pulitzer told The New York Times in 1998. “You know, whenever I had a friend who needed a job, I’d open a store somewhere in the country.” 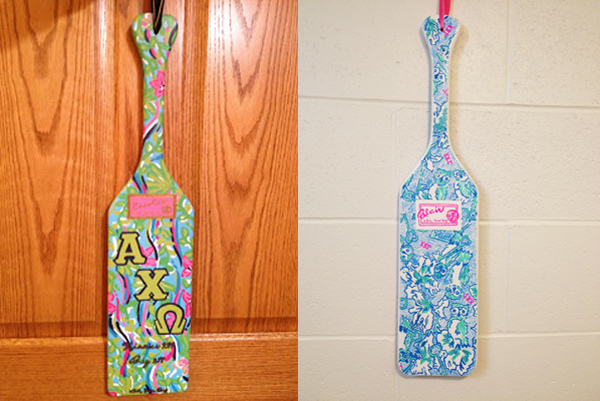 In the ‘60s and ‘70s, a time when bras were burned and the hair of both genders flowed long and untamed, in pockets of New England and Florida sugary-sweet femininity still reigned. “Preppies wear clothes for 25 years and no one can tell the difference,” Birnbach wrote.

Yet the look was never considered conservative by the conservatives who wore it — rather, it’s always been a statement. “It’s about saying, ‘Yeah, I know my dress is screaming loud and has zebras on it,” wrote Mackenzie Dawson in the New York Post in 2006. “Not only will the Lilly Girl drink you under the table, she will also get up atop that table and dance on it. But her hair will stay perfectly in place the whole time – and if you think she’s going home with you at the end of the night, you’re wrong.” 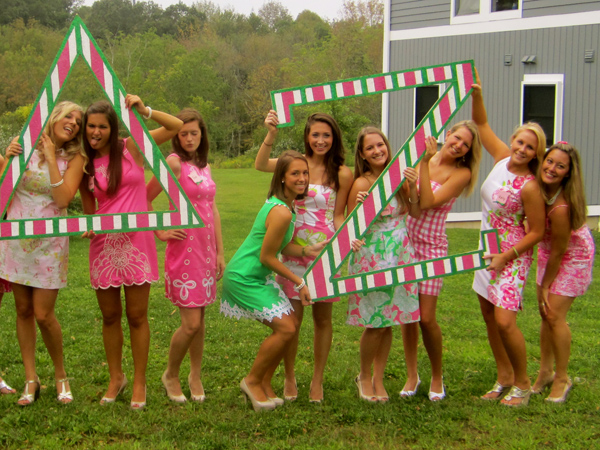 If the feminist movement offered women jobs and sexual freedom, Lilly offered them the freedom of leisure. Having a collection of the dresses meant devoting one’s life to daiquiri parties and redecorating while hubby was at work. It was a freedom to be frivolous and creative (as long as your lipstick matched your nails). The company’s slogan today is “Life, Lilly and the Pursuit of Happiness.” 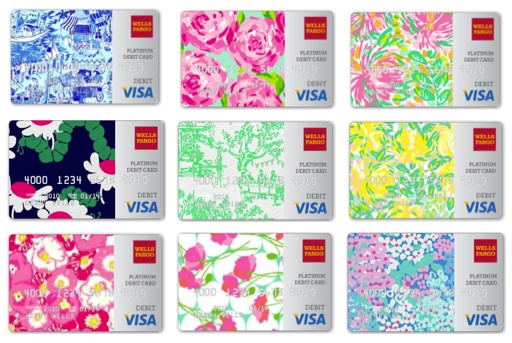 It’s a lifestyle that still sounds appealing even if it’s no longer as politically correct. If the society wife demographic has shrunk in size, its aesthetic has only become more influential. Lilly Pulitzer now has stores in middle-American cities like Cincinnati, Charlotte, Dallas and Detroit, not just Key West and East Hampton. Last year, the brand, owned by Oxford Industries, sold $122.6 million worth of flamingos and fruit prints. Sororities are a big market: Lilly Pulitzer now creates special lines of printed bangles, picture frames and dry erase boards for 14 sororities and employs campus “representatives” to promote them. Many other self-described members of the Lilly cult post Lilly “inspired” crafts to Pinterest or sell pieces on Etsy. 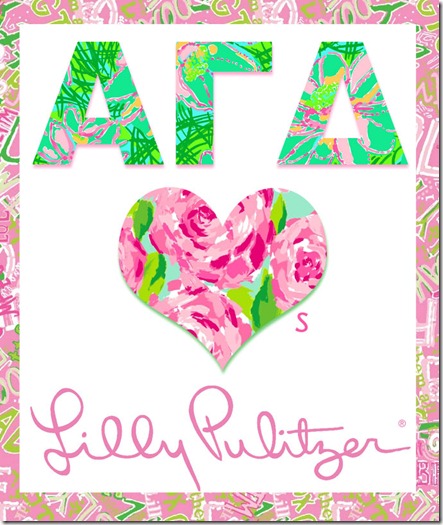 In high school, I disliked Lilly Pulitzer for this reason: it was the preferred expression of creativity for the people I considered most conformist. But lately, I’ve been reconsidering whatever thing makes Lilly girls embrace garish colors and tropical patterns that conflict with the notion of WASP psychology as restrained. Could these garments be rediscovered by a new generation of women who don’t identify as preps? Why hasn’t Carven tried ribbon sundresses and lemon printed capris? 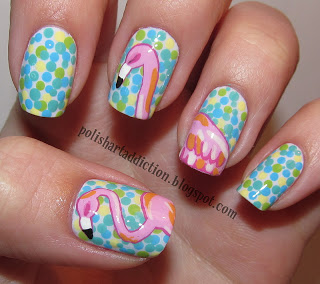 If this doesn’t happen, it won’t be because women like me won’t try to appropriate the aesthetic but because the dresses are still gripped with too much sincerity by others who think them timeless, isolated from both cultural and sartorial change. “’They shouldn’t try to get tame, they should stick to the wild, crazy prints,” said one New York City socialite hired by the brand in 1998 to help it stay on track. “I don’t want it to lose the classicism,” said another. 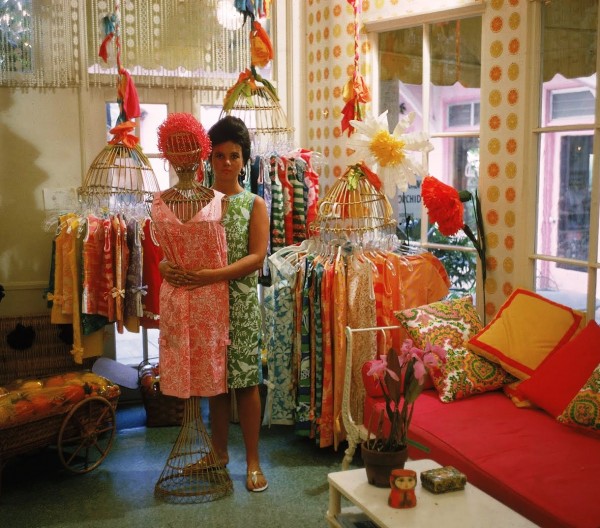 Alice Hines is a writer and editor living in New York. Follow her @alicehines