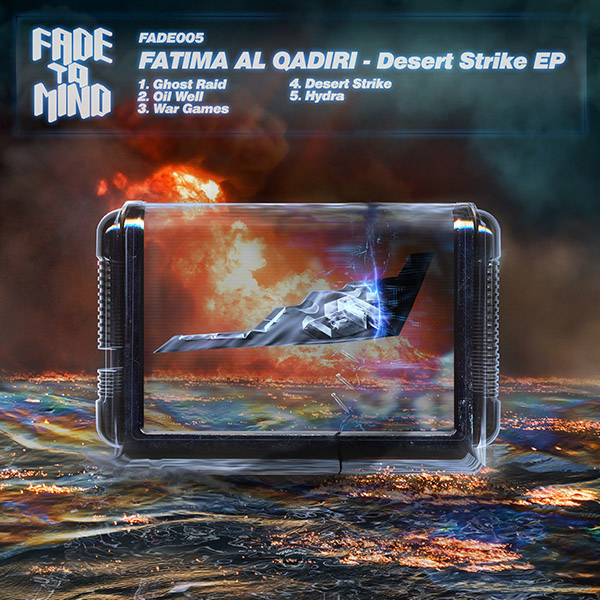 In the Q/A portion of her New Museum screening of Genre-Specific Xperience, Global .Wav editor Fatima Al Qadiri recounted an experience in which she rode through post-Gulf War Kuwait’s burning oil fields. On that nighttime drive, she recalled, the car stereo played Enigma’s MCMXC a.D., and that Gestalt sensory experience would become embedded firmly in her vision of the genre she terms “Gregorian trance,” which she explores in the GSX track “Vatican Vibes.”

In her forthcoming EP, Desert Strike, Al Qadiri expands that vision inward to the mind of child both terrorized by war and animated by the diversions of gaming and the strategies of shut-in play. The title itself is inspired by the shoot ’em up video game Desert Strike: Return to the Gulf, released on Sega only a year after the Iraqi retreat from Kuwait. The EP’s five tracks combine tense military rhythms with sparsely arranged synths and melodic vocal pad commentary to form a “choral bass” style that exudes the awe of a girl as fully immersed in virtual destruction as she is totally surrounded by the real destruction outside her door.

Desert Strike is out October 23rd on Fade to Mind. Its lead track, “Ghost Raid,” references the bombing runs performed by “The Ghost,” the newly revealed F-117A Nighthawk stealth fighter.