In the Long Run It Would Save Lives And End Hypocrisy 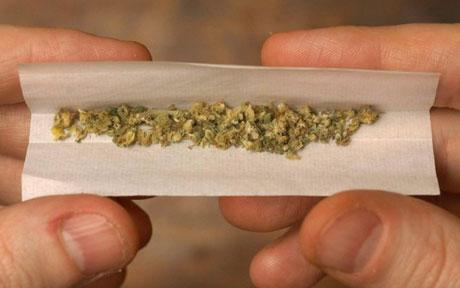 It is possible to stop most drug addiction in the United States within a very short time. Simply make all drugs available and sell them at cost. Label each drug with a precise description of what effect–good and bad–the drug will have on whoever takes it. This will require heroic honesty. Don’t say that marijuana is addictive or dangerous when it is neither, as millions of people know–unlike “speed,” which kills most unpleasantly, or heroin, which is addictive and difficult to kick.

For the record, I have tried–once–almost every drug and liked none, disproving the popular Fu Manchu theory that a single whiff of opium will enslave the mind. Nevertheless many drugs are bad for certain people to take and they should be told about them in a sensible way.

Along with exhortation and warning, it might be good for our citizens to recall (or learn for the first time) that the United States was the creation of men who believed that each man has the right to do what he wants with his own life as long as he does not interfere with his neighbor’s pursuit of happiness (that his neighbor’s idea of happiness is persecuting others does confuse matters a bit).

This is a startling notion to the current generation of Americans who reflect on our system of public education which has made the Bill of Rights, literally, unacceptable to a majority of high school graduates (see the annual Purdue reports) who now form the “silent majority”–a phrase which that underestimated wit Richard Nixon took from Homer who used it to describe the dead.

Now one can hear the warning rumble begin: if everyone is allowed to take drugs everyone will and the GNP will decrease, the Commies will stop us from making everyone free, and we shall end up a race of Zombies, passively murmuring “groovie” to one another. Alarming thought. Yet it seems most unlikely that any reasonably sane person will become a drug addict if he knows in advance what addiction is going to be like.

Is everyone reasonably sane? No. Some people will always become drug addicts just as some people will always become alcoholics, and it is just too bad. Every man, however, has the power (and should have the right) to kill himself if he chooses. But since most men don’t, they won’t be mainliners either. Nevertheless, forbidding people things they like or think they might enjoy only makes them want those things all the more. This psychological insight is, for some mysterious reason, perennially denied our governors.

It is a lucky thing for the American moralist that our country has always existed in a kind of time-vacuum: we have no public memory of anything that happened before last Tuesday. No one in Washington today recalls what happened during the years alcohol was forbidden to the people by a Congress that thought it had a divine mission to stamp out Demon Rum and so launched the greatest crime wave in the country’s history, caused thousands of deaths from bad alcohol, and created a general (and persisting) contempt for the laws of the United States.

The same thing is happening today. But the government has learned nothing from past attempts at prohibition, not to mention repression.

Last year when the supply of Mexican marijuana was slightly curtailed by the Feds, the pushers got the kids hooked on heroin and deaths increased dramatically, particularly in New York. Whose fault? Evil men like the Mafiosi? Permissive Dr. Spock? Wild-eyed Dr. Leary? No.

The Government of the United States was responsible for those deaths. The bureaucratic machine has a vested interest in playing cops and robbers. Both the Bureau of Narcotics and the Mafia want strong laws against the sale and use of drugs because if drugs are sold at cost there would be no money in it for anyone.

Will anything sensible be done? Of course not. The American people are as devoted to the idea of sin and its punishment as they are to making money–and fighting drugs is nearly as big a business as pushing them. Since the combination of sin and money is irresistible (particularly to the professional politician), the situation will only grow worse.