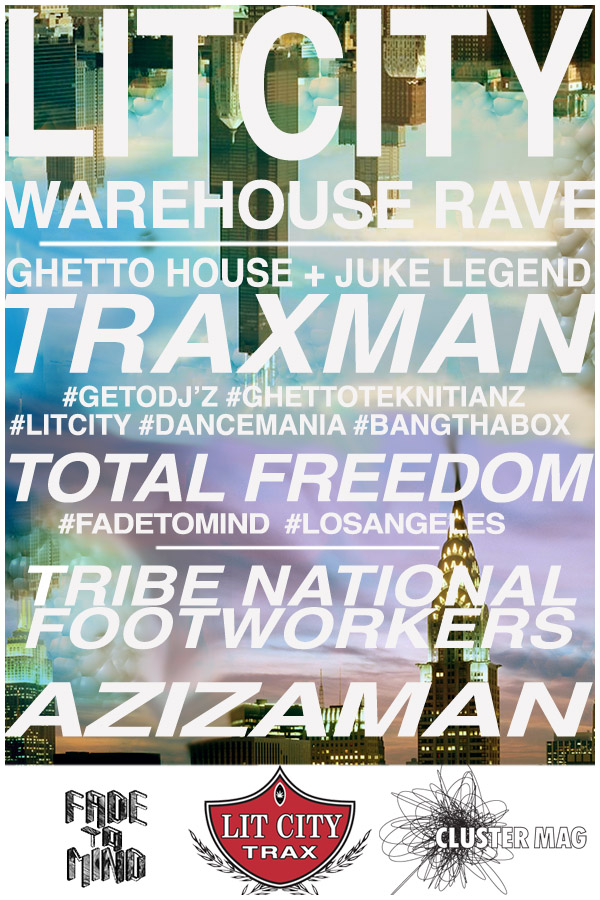 Mixed drinks and beers all night

TRAXMAN has been an instrumental figure in the evolution of Chicago house, juke, and footwork movements for over two decades.

Based out of Chicago’s West Side, Traxman (aka Corky Strong, aka DJ Fergi), is a co-founder of Chicago’s legendary Wu-Tang of DJs, the Geto DJz (est. 1992), and member of the infamous Ghetto Teknitianz.

This is not to be missed. Come get fucking lit, okay?