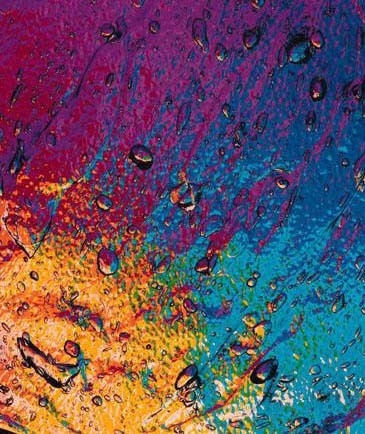 3001 Gallery is pleased to present BLEU, an exhibition comprising three object and sensorial arrangements by JEQU, a New York-based collaboration between Howie Chen and Jason Kakoyiannis.
* * *

We are trained to periodically ask: does a gesture or object have an argument attached to it? A justifying rationale? An originary discourse? A way to locate it? A scene? A story? As opposed to a just-is de facto existence, a one over the negative inverse of context, a no-context, an immanence. As art now has an adjunct that comprises a forest of self-publication, networking themes and ultra important lines of inquiry — we seek to be adequate to this culture of urgent, hasty desktop production in the marketplace for ideas. Never mind the utterly predictable lines of debate and bibliographical churn.

What does one say of the average product of the matriculated “participant”, who works up a theory of all things with the facility that mid-19th century American anarchists could produce a constitution (that is to say, virtually overnight)?

If we take for granted that the acts undertaken by artists in the name of art now need to bear within themselves some talismanic refusal of their own adaptability (the thought being: at least any potential would be negated on its own terms), then what’s the actual pitch and timbre that an artifact of production makes as it hurtles through discursive non-space? The willed “incoherence effect” must have some nimbus. There has got to be a vibration in the structure upon re-entry.

Earlier in the century, art historian Roger Fry spoke of eliminating corruption, conspiracy, and restraint of trade in the art market, and dreamed of securing art’s future in a democratic, competitive market economy and educated, aesthetically sensitive middle class that could sustain demand for art while resisting mass production.

He had hoped for a career as an artist but became, instead, what he termed an “aesthete.”

We are all trained to write. But we don’t want to be comprehended anymore. The interpretive act can be put on pause. Treat the text or the conversation as a form of energy. A black magic.

What the eye does as it scans textures and color stories — where the see-feel is ’scaped. Emerging from a scrapbook, an atlas, a switching station. Thinking with the eye. A ouija board to tell us what objects want. Where can’t one go with directional imagery?

The mood board. No better medium for conjuring this dispersal of mental focus and disassembling a certain casual hierarchy; the better to break ourselves of the will to “have an/make an/identify an argument.” As relaxed as mignonette floated on the plateau de fruits de mer of a local dialogue.

It might be nothing more than a palate cleanser after several rounds of vicarious self-contempt and embarrassment cocktail — the house drink in that stalled sector of the art economy that identifies itself as “critical”. In the Spy vs. Spy cartoon of creative life, pincered between unanswerable imperatives, one bodysurfs eddies of paranoia, whirlpools of democratization, the chaos of social networks, the poisoned teacups, jersey barriers, etc. & etc…

Even this is a fantasy of stakes.

We aren’t even artists; we’re wage slaves with artistic pastimes. Thirty years ago we’d be watercolorists at the Jaycees or just happy dads. Several tuition cycles later we have landed here. Some mysterious labor surplus, or the vagaries of a double major. Split attention becomes a lifestyle.

What is the special word in English that captures this concept: to insult without risk of reprisal?

We’ve been foraging suicidally in the sea of trees and found something to show you.

It’s about a feeling.

The exhibition is organized by Tyler Coburn.

JEQU is a New York-based collaboration between Howie Chen and Jason Kakoyiannis. JEQU work has been featured in DIS Magazine and group exhibitions at IMO, Copenhagen; Formalist Sidewalk Poetry Club, Miami; White Columns, New York; and Dispatch, NY. JEQU has organized presentations with sociologists including a lecture by Olav Velthuis and a seminar with Luc Boltanski. Forthcoming JEQU Critique Moodbook available in 2012.

JEQU would like to thank Justin Rubich for assistance and perfumer Isaac Sinclair.