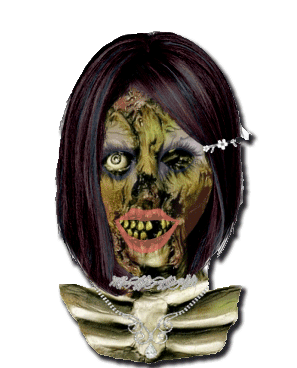 Very disturbing rumors are being dispersed around the DIS office today of urban-legendary proportions . A friend of DIS, whose friend works at a certain not-to-be-named lower east side bar, has been dispatched a dismal tale if there ever was one. It seems an average girl somewhere in the 6-block radius between Bowery and Broadway (okay, it was Lafayette Street) came down with an unseemly infection and swiftly sought out medical attention. The doctors, perplexed by what they were seeing, decided to run a few tests. After getting the results back, doctors determined that this poor woman had been exposed to a bacterium that is known for partying exclusively all over dead bodies. “Have you done or touched anything unusual lately?” they asked. “No” she replied, “but I did make out with this bartender at [aforementioned establishment].”

While the bar in question has not returned calls for comment, our source exclaims that this is a breaking story, soon to be blasted across the news media (and hopefully, the cover of the NY POST). Has anybody heard of this sick saga before? DISH, or DISMISS?