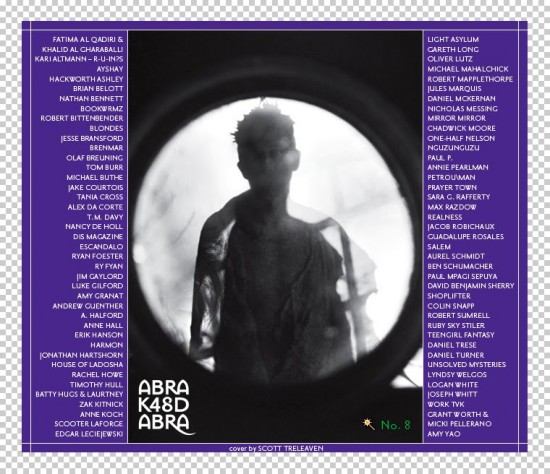 DIS has an mindblowing health and wellness spread in the new K48! Reserve your copy!

From the K48 Bullet:
The eighth edition of K48 megazine will continue to explore contemporary culture with ‘magic’ as a central theme of the issue. Once again, deploying its well-known penchant for combining an electric mix of artists drawing from various disciplines, K48 unveils the unknown territory of the supernatural. With 196 pages of collaborations by Alex Da Corte, Joseph Whitt, Dis Magazine, Robert Bittenbender, Nancy de Holl, Chadwick Moore, and a custom R-U-In?S spread compiled by Kari Altmann called “Similar Image Haul” among others. The issue will feature an exclusive interview with the band SALEM and a full length CD mixed by BOOKWRMZ including original tracks made by House of LaDosha, Light Asylum, Brenmar and Mirror Mirror (see full track listing below). It’s an indulgent foray into realms of mystery, enchantment, surprises, and illusions that are at times ethereal, and at other times staggering.